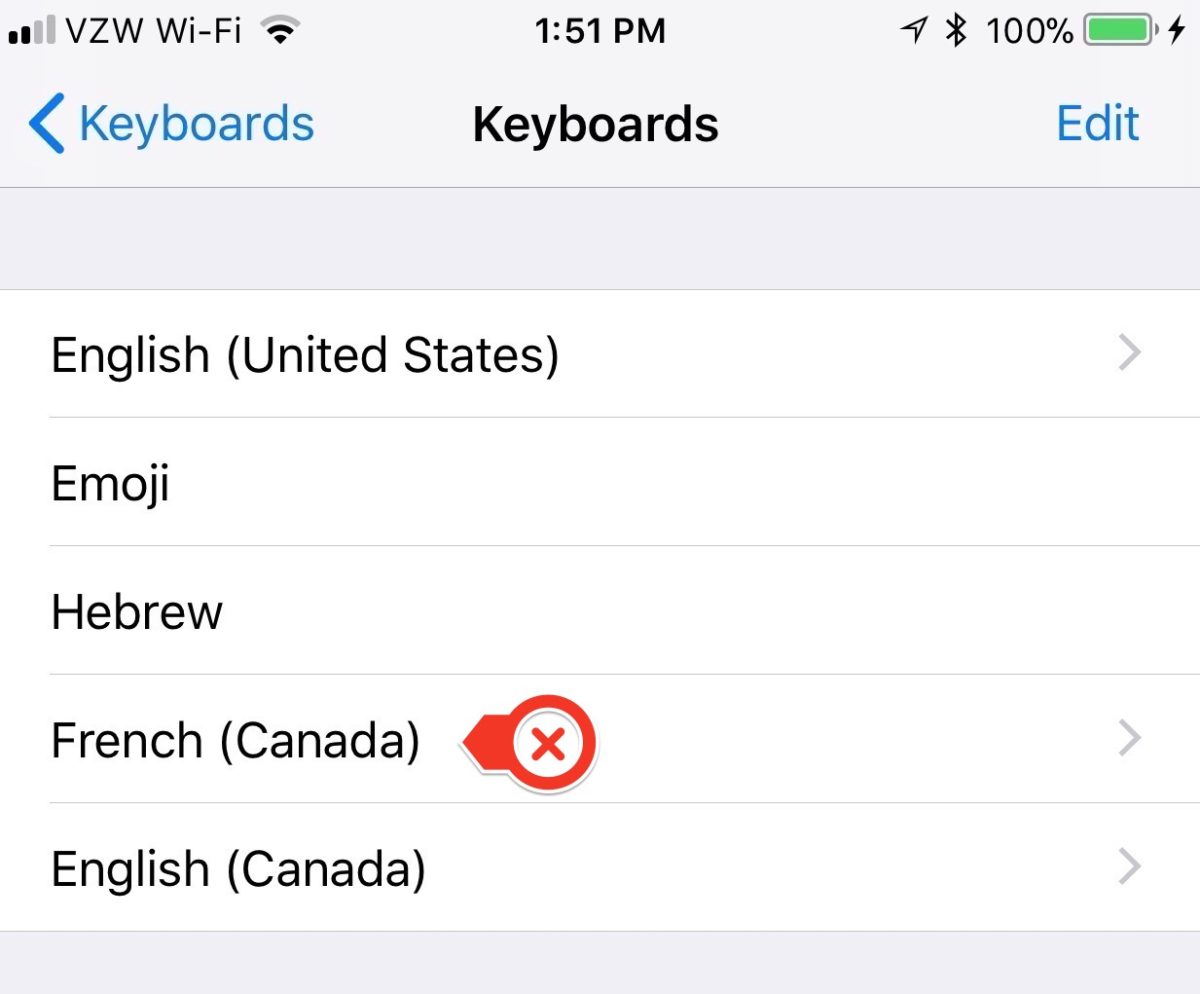 OK, I cheated.  My French has barely made it past, “Bonjour,” but I wanted to set the right tone for this conversation and asked for a translation.  You’ll forgive me for conducting this conversation about French in English, but this will sadly be one aspect of the job where I cannot lead by example.  At least not yet…

This blog post marks the third in a series of “Transparency Files” posts designed to lay out the significant conversations we are engaging in this year in order to become the best OJCS we can be. The first was about “transparency” itself and the kind of culture we are creating.  The second was about reimagining and clarifying our Jewish mission and vision.  [Quick update: We held our first Rabbinic Advisory Committee meeting this week.  Pulpit rabbis from across the spectrum participated.  The meeting was serious, engaging and meaningful.  I look forward to offering a more substantial update, including how other stakeholder groups will begin to launch their conversations, soon.)  Here, I want to lay out the beginning of a conversation about French so we can finally put to bed what either is or is not true about French at OJCS, its outcomes, and what it prepares you for, or not, for Grade Nine.

What I find most interesting about this conversation is how frustratingly frequent it has taken place in recent years despite how incredibly knowable the outcomes actually are.  Unlike our Hebrew and Judaic standards, which are entirely our own to determine and whose outcomes are entirely ours to assess, our French standards come from the Ontario Ministry of Education and the schools our graduates attend perform assessments.  So why is this so confusing and chronically debated?

I have spent some time learning a lot more about French education in Ottawa than I ever would have imagined and still have much more to do in order to be as authoritative as I will need to be as the conversation evolves.  But here is what I (think I) know…

Our current French studies program is built upon a public school model that increasingly no longer exists.  The majority of public schools in Ottawa used to operate three tracks for French: Core, Extended and Immersion. OJCS, as a Jewish day school with an entire Jewish Studies curriculum to manage – including a third language – reasonably adopted Core and Extended into its program. Over time, however, as public schools continued to feature greater and greater immersion, the middle track – Extended – began to be dropped.  More and more public schools (writ large) now only offer both a Core and an Immersion track, and there are more public schools who specialize in French immersion. “Extended” is ceasing to function as a meaningful distinction, at least in terms of how French functions in any of the next schools of choice. Graduates of OJCS’ Extended French program may soon only have two choices in high school – Core or Immersion.

And this leaves us with the critical question for families who view French fluency as defined by the ability to pass the bilingual exams in Grade Twelve: Does OJCS’ Extended French program prepare students to successfully transition into a high school’s French immersion track in Grade Nine?

And the answer to that question leaves us with the critical question for OJCS, if meeting the need for French fluency is non-negotiable for a critical mass of Jewish parents: What should OJCS do about it?

Let’s pause for a moment to name some things that feel important.

This is an important issue for the families for whom it is an important issue.  Without current survey data, it is hard to know exactly where to peg the number, but let’s assume it is significant enough to represent an existential threat to the school’s long-term viability.

Our current Core French program is exactly the same (at least in time allocated and curricular benchmarks) as all other schools, with the same outcomes, tracked in the same ways all the way through Grade Twelve.  Families for whom Core French is sufficient are presently having their needs met.

Our current Extended French program isn’t something to sneeze at! It is not an immersion program, but it is an immersive experience. Families for whom Extended French is sufficient are presently having their needs met.

The connection between Grade Four and French fluency is a function of the evolution of French immersion in Ottawa public schools. There are currently programs offering a “Middle Immersion” entry point at Grade Four.  [The other entry points are “Early” (Grade One) and “Late” (Grade Nine).]  There are no guarantees as educational pendulums continue to swing that those will continue to be the (only) entry points.  The fact that for some number of parents the Grade Four entry point has become their critical decision-making window is absolutely important, but not necessarily determinative.  Our responsibility is to be clear about our Grade Eight French outcomes to ensure our current and prospective families have all the options available for Grade Nine, including French immersion.

Here is where data counts.  There is ample anecdotal evidence to suggest that the answer to this question is “yes”.  I have read years’ worth of testimonials from graduates and have spoken with numerous parents whose kids did, in fact, successfully transition from our Extended French program to high school’s French immersion, stuck with it through Grade Twelve, and earned their bilingual certificate.  And yet, there is a persistent narrative that this cannot be true.  I have spoken with many current parents who share this belief.  They genuinely believe that if we don’t offer an apples-to-apples French immersion program, then you cannot, by definition, successfully function in a high school French immersion program.

So how can we find out?

By doing some research – both quantitative and qualitative.  We are going to survey our graduates in both Grades Nine and Twelve to see how many of the students we recommend for French immersion…

…opt to stay in French immersion.

…feel prepared to be successful in French immersion.

…are successful in French immersion.

…coming from a French-speaking home.

…use of a French tutor either during their time at OJCS or in high school.

We have also begun direct conversations with high schools.  I have met with the heads of Sir Robert Borden High School and Ashbury College (to begin with) and they are providing us with data about our French outcomes.  I have meetings scheduled with a variety of other schools as well.

The bottom line is that this question is eminently answerable.  Our graduates are either capable (with or without conditions) of transitioning into French immersion in high school or they are not. They are either successfully prepared or they are not.  We can and will answer the question.

If it turns out that the answer is, “yes,” then we have a serious responsibility to improve our marketing.  Schools are only as good as the stories they tell and the stories told about them.  And right now the story of OJCS is that it lacks adequate French to achieve fluency with all that that means in Ottawa.  If that isn’t the story, then we better start telling the true story as loudly and as often as possible.

If it turns out the answer is, “no,” then we have a serious responsibility to revisit our school’s mission and vision.  There are French immersion Jewish day schools in Montreal, I’ve been to see a few.  If it turns out that we actually cannot provide adequate French to achieve fluency, then we better figure out what that means so we can be transparent with families about what you can and cannot expect from your OJCS education.  And we’ll have to decide what kinds of French programs we need to have in order to remain viable.

This is an urgent issue and we are addressing it with due urgency.

The research is ongoing and the deliverable is intended to be shared out in writing when complete and discussed in a Town Hall setting that we are looking to schedule in January/February for current Grades Two-Three families and any Francophone family for whom this is an important discussion.  Stay tuned.

In the meanwhile, we have an incredibly talented French department who pour their hearts and souls into our Core and Extended French programs.  They take great pride in their work and in the accomplishments of their graduates, as should we all.

Can OJCS answer the critical questions about its French outcomes? Will OJCS effectively share the answers to those questions with all its stakeholders?  Are current, former and prospective families invited to share their feedback with us as we do our work?