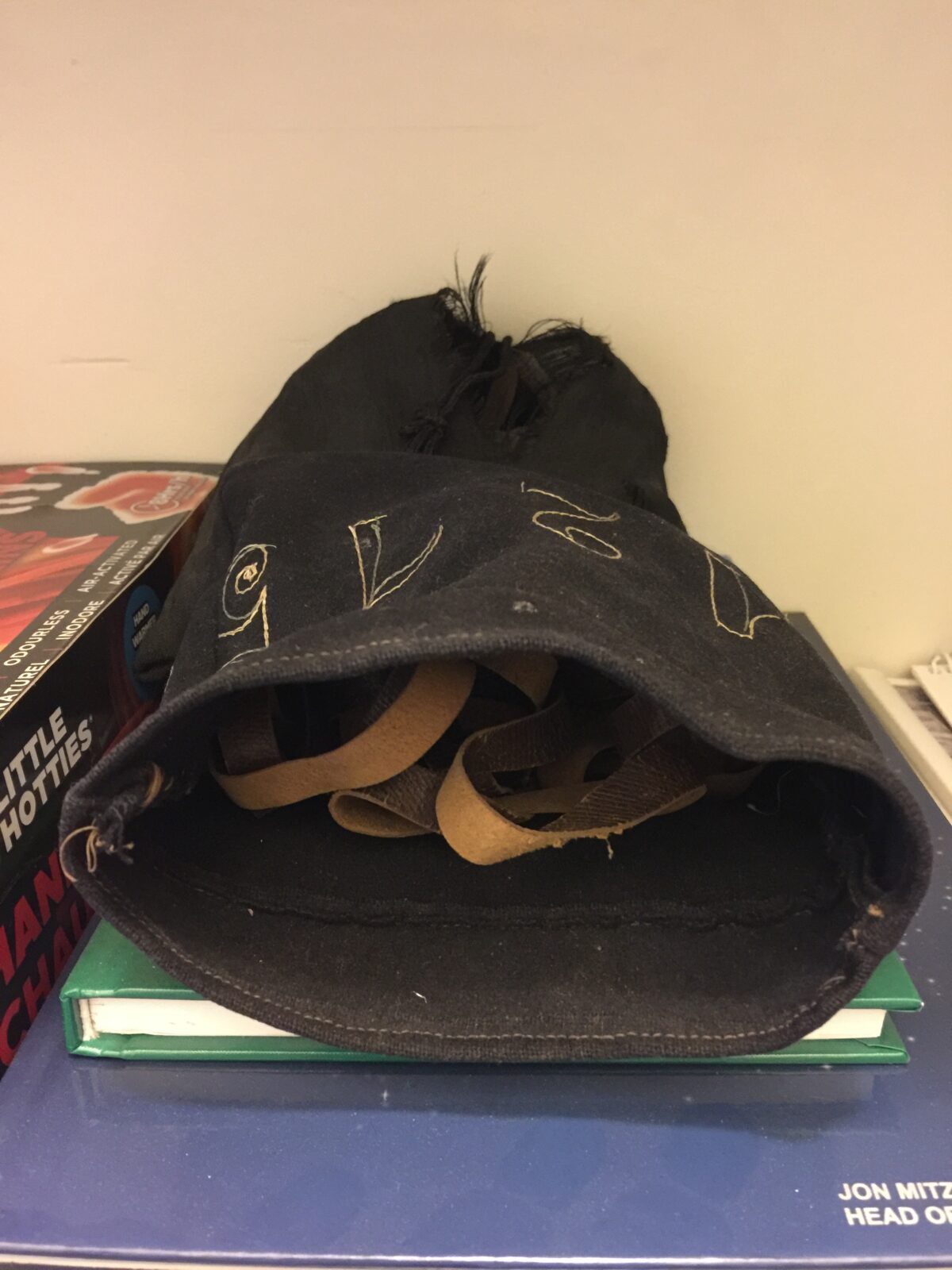 There is a bag of very old, not suitable for use, tefillin sitting on the top of one of the bookshelves in my office.  They belonged to my paternal great-grandfather Alexander Mitzmacher.  I never met him and other than the very few anecdotes that have been shared with me over the years by my family, I know almost nothing about him other than the fact that he had a set of tefillin.  I can’t even say for sure that he treasured them or that he ever in fact wore them.  I only know that my grandfather of blessed memory had them in his possession and when I became the first person in my family since (at least) Alexander to put on tefillin they were given to me as just about the only non-jewelry heirloom we have.

We talk often about “Jewish continuity” and “links in the chain” as if there was a natural and smooth transference from one generation to another.  As a parent and educator, I need to believe that we have the ability to influence, guide and mentor the next generation to value and practice that which we consider important through education, experience and the making of memories.  As the observant grandson of Morris Mitzmacher, who jumped out the cheder window in 1922 and never looked back…well, I know that life is a bit more mysterious and unpredictable.

I am an only child (explains a lot, doesn’t it!) who only had one living grandfather and was that man’s only grandchild.  Let’s just say that we were exceptionally close.  He was equal parts proud and bemused by the Jewish journey that led me to a life of Jewish education and ritual observance.  He lived long enough to dance the night away at our wedding.  He died three years before our first daughter, Eliana, was born and six years before our second daughter – his namesake – Maytal joined the family.

I think of him often and marvel at how the boy who escaped Judaism grandfathered the head of a Jewish Day School.  He never stepped foot inside a synagogue again save for my Bar Mitzvah and my wedding and yet, all the while, he continued holding onto a frayed bag of ancient tefillin.  For all those years, he neither threw them out nor gave them to his son (who would have found them equally unnecessary).  Why?

I never got an answer the one time I asked and he was gone before I could ask again.

And so they sit on my bookshelf and watch me go about my work.  They tell a cautionary tale – perhaps had my grandfather had a more meaningful Jewish education he would not have jumped out that window without so much as a regretful look back.  They are humbling – we cannot ultimately control the choices our children make.  They are inspiring – it is never too late to join a Jewish journey, begin a Jewish education or try on a new Jewish practice.  The tefillin were present even when we were absent.

What are the artifacts sitting on your shelves telling silent stories? Write them down, or better yet, tell them to your children.  For by doing so we can do our part to ensure that despite the links and loops life brings us, the chain can indeed remain unbroken.

Dr. Jon Mitzmacher is the Head of the Ottawa Jewish Community School. He was most recently the VP of Innovation for Prizmah: Center for Jewish Day Schools.  He is the former Executive Director of the Schechter Day School Network.  He is also the former head of the Martin J. Gottlieb Day School, a K-8 Solomon Schechter, located in Jacksonville, FL, and part of the Jacksonville Jewish Center.  He was the founding head of the Solomon Schechter Day School of Las Vegas.  Jon has worked in all aspects of Jewish Education from camping to congregations and everything in between. View all posts by Jon Mitzmacher