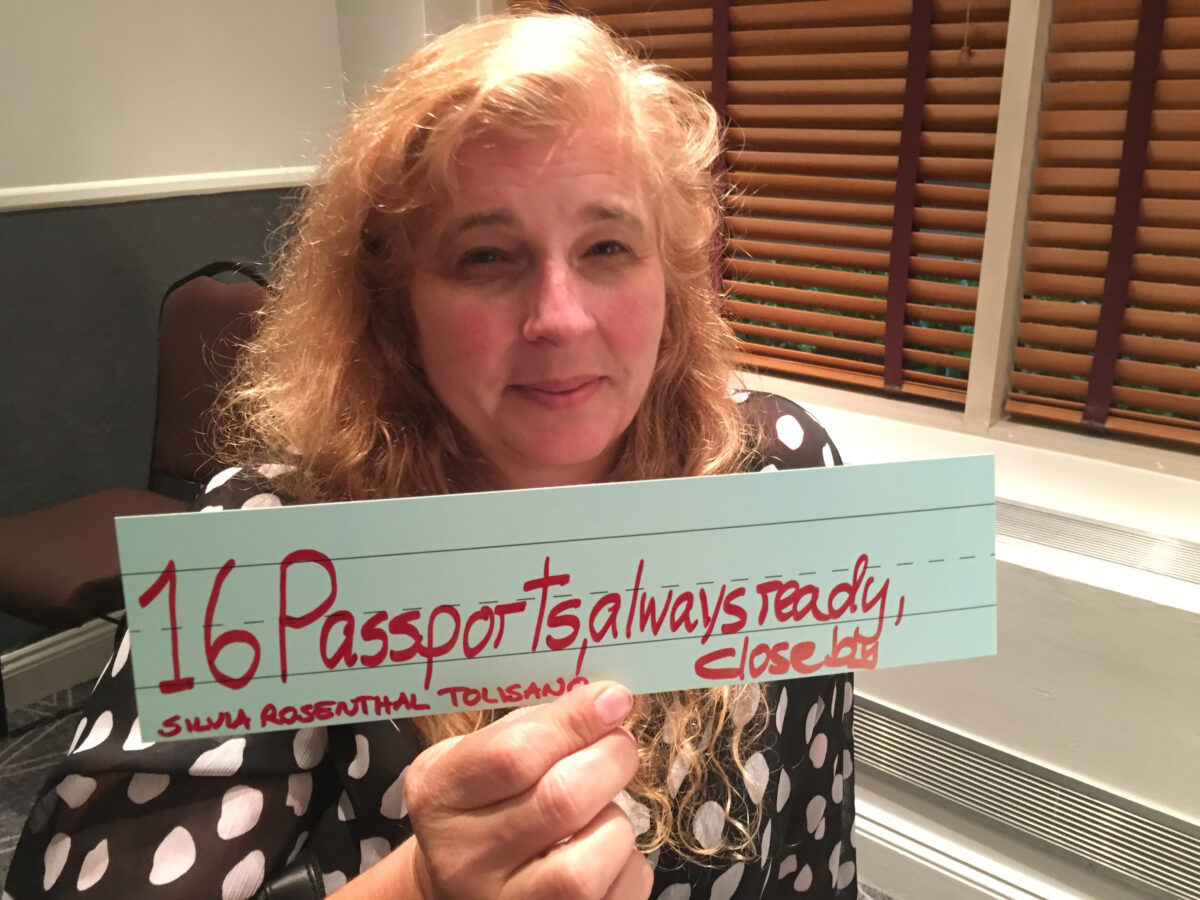 The future of education fell into my lap in 2010 when I became the Head of the Martin J. Gottlieb Day School in Jacksonville, Florida and inherited Silvia Tolisano on my staff.  For the many (so many) in the educational world who knew, followed, admired, and otherwise stood in amazement at the force of nature that was – and it is heartbreakingly sad to type “was” – Silvia, you are probably as surprised as I am that in a small Jewish day school in Jacksonville, a living, breathing prophetess of teaching and learning was a teacher on my staff.   [And if you are a casual reader of my blog and don’t travel in education circles, do yourself a favor and visit the most impactful blog that a teacher ever dared to dream into existence.]

Silvia Tolisano knew all the languages and traveled to all the places.  She weaved all the networks and knew all the people.  How did our little-school-that-could host international conferences and get featured on influential podcasts?  How on earth did we wind up in the orbits of so many significant movers and shakers?  How did we – for a glorious, fleeting moment – become the center of the educational universe?

Silvia Tolisano knew all the platforms and mastered all the literacies.  Each day with Silvia was a call to arms.  Each moment teachable and certainly worthy of documentation.  The Hebrew word for “awe” is yirah and it comes with subtle connotations of fear.  It is fair to say that our faculty was equal parts terrified and inspired during those early days.  How could you not be?  I could spend 10,000 words naming and hyperlinking each platform and pedagogy and idea that she introduced to us during those years and I would still be unable to adequately describe how much it all was.  (No fewer than 40 of my blog posts directly refer to her work.)  How did a small school with few resources blog and tweet and document and share before it became cool (and accepted best practice)?

Silvia was the truth.  I’d like to think that I had the smallest impact on her and her trajectory.  Our richest conversations were about faculty culture and how to move/inspire/cajole/require/utz teachers to embrace the future and I would look forward to learning new German words that better captured the spirit of our struggle.  My job was essentially to figure out how to harness the overwhelming multitudes of Silvia and make it feel achievable to the rest of us, the non-Silvias.  But whatever impact I might have had on her, she made my career.  The things that I am known for are the things that Silvia showed me first.  I simply am not who I am without her.  Did it seem weird that I brought Silvia with me from MJGDS to Schechter and then to Prizmah and then here to Ottawa (as a consultant)?  How couldn’t I?  Who are you going to bring in when you want to paint a picture of what can and should be true about teaching and learning?

Her first/last book (w/Janet Hale) is called A Guide to Documenting Learning and is a fitting testament to everything that she believed about education.  No one knew more and pushed harder for teachers and schools – Jewish schools – to adopt and adjust to a changing world.  What we are all living with during these times of COVID is proof positive that Silvia had it right and had it way earlier than most.  She fancied herself a witch, but she was a prophet – she didn’t dabble in magic; she knew the future.

I have spent the last few days reconnecting with colleagues and talking with my current staff about the miracle of Silvia Tolisano.  She was always a WhatsApp or Tweet away whenever you had a question or needed a resource or just wanted to know what was next.  In the sporting world of coaching, they measure influence by one’s “coaching tree.”  That is to say, one measures one’s impact on the game by how many future coaches learned with and from you and, thus carry your influence, your message, your words, and your ideas forward.

Silvia Tolisano died way too early and with way too many years left to live.  I have never known a person who better embodied the notion that one ought not count down the days of one’s life, but should make each day count.  None of us – certainly not most of us, and definitely not me – can be Silvia.  She was an original, sui generis, never-to-be-duplicated.  But we can aspire towards the things she wanted for us.  To never fear the future.  To try and to fail and to try again.  To live a globally connected life.  To keep growing and then grow some more.  Like so many educators and lives she touched, for me, whenever I think I can’t – the job is too hard, I’m too old to learn new things, I don’t have enough time, etc. – Silvia’s voice is there to tell me that I can and I must.  That’s the work.  No excuses.

Silvia Tolisano would have hated this blog post.  She was in many ways as personally private as she was professionally public.  But this is what she taught me – and all of us – to do.  To learn and to reflect and, most importantly, to share.  For me, my professional north star is no longer.  But a star’s light continues to shine for years after its time is over and Silvia’s light – her life’s work – will continue to illuminate the path for years and years to come.  May we each be both lucky and brave enough to walk it…

14 thoughts on “The Disruptive Miracle of Silvia Tolisano”