I have been thinking about this and testing out a few ideas on social media before Parkland, but after Las Vegas.  I have watched and read how my colleagues back in the States and my former coworkers at Prizmah have organized, mobilized, written, advocated and participated in a variety of conversations, gatherings, and experiences in response to the surge in gun violence, culminating in the ways many Jewish day schools chose to participate in yesterday’s student walkout.  I have been impressed and inspired by their words and their deeds, especially those of the students themselves.  And yet…

I was watching yesterday’s student walkout play out live through social media and it left me with a strong feeling that I cannot quite put my finger on – somewhere sour between FOMO (fear of missing out) and JOMO (joy of missing out).  I feel motivated to do something, grateful to not have to, left out of a conversation I don’t want to have to be in, but feel guilty for missing out on…I have neither an audience nor an address.

Before moving to Ottawa, we spent 12 years in Nevada and Northern Florida deeply embedded in Jewish communities whose purple and red political hues contrasted sharply with our deep blue upbringing and bicoastal lives to that point.  We have learned to respectfully disagree with dear friends whose views on guns run counter to our own.  As head of the Martin J. Gottlieb Day School in Jacksonville, FL, I had to write my own responses to local tragedy when a colleague was gunned down in her office at a private school in our neighborhood, and to national tragedies such as Sandy Hook.  As head of the Schechter Day School Network and as part of the leadership of Prizmah, I had ample opportunity to write articles and participate in conversations as each new bubble of gun violence burst.  We are proud Americans.  We were proud when we lived in California, New York, Nevada and Florida.  We are proud now that we live in Canada.  But I cannot pretend to be proud of this part of the American experience…

Part of my desire to dedicate a section of my blog to “Expat Files” is to give me space to explore the many cultural differences between living in the States and living in Canada.  And the emphasis should be on the word “many”.  It isn’t all maple syrup and dogsledding. These are different countries with different histories, different forms of government (perhaps nevermore different than now), different shared assumptions, different languages (and I mean Canadian English, not just French), and when it comes to gun violence, completely different experiences.

It is not to say that gun violence doesn’t exist in Canada or that it is completely immune to school shootings…but I don’t believe parents worry that their child will go to school one day and not return home. And as one of those parents, I freely admit that I kinda prefer it that way.

Will this time be different?  Has the passion and advocacy of the Parkland survivors sparked a flame that apathy, special interests and a short attention span cannot extinguish?  I pray that the answer is, “yes,” while fearing that it is likely, “no.”

What is my responsibility as an American abroad beyond voting? What is my response as a Jewish educator beyond blogging?  What is my opportunity to contribute as the head of a Canadian Jewish day school in a field often described as “North American”, but with way more emphasis (for all kinds of reasons) on the “American” than the “North”?

Do our children have an obligation or an opportunity to put their Canadian Jewish values into practice? 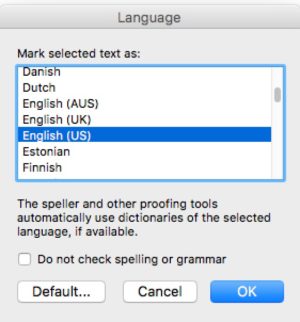