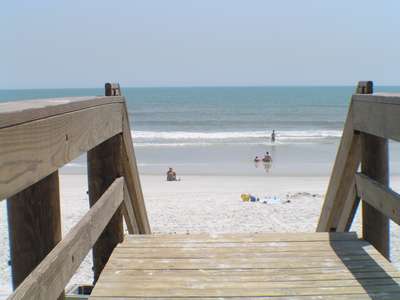 “Salt Life” bumper stickers originated in Jacksonville, Florida and are originally stickers on the back of cars that used to indicate a surfer or body boarder whose life is centered on beach. Salt Life is a way of life and dress brand for individuals who adore surfing, boarding, and all things shoreline and wave related. The term “salt life” means a kind of boho beach lifestyle, now it’s also a company that promotes it.

My very first blog post was called “Southern Hospitality” accompanied by the above photo of Jacksonville Beach and was written almost exactly seven years ago.

How do you even try to wrap up seven years of a life?  Images, quotes, data, audio, memories start to flood the mind making it difficult to make 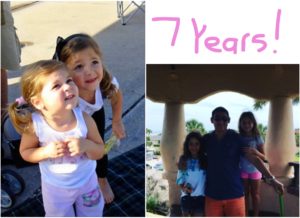 sense of what a chapter that long in a life truly means.  We’ve all aged, but our girls have definitely aged in a much more fun way than their parents.  Professionally, I have had the unique (at least in my profession) opportunity to share farewells from each of the three amazing professional opportunities that occupied much of my time while living in Jacksonville.  Our journey from Las Vegas to Jacksonville was to assume the headship of the Martin J. Gottlieb Day School. Four years later it was time to say farewell…

Next up was my executive directorship of the Schechter Day School Network.  Two years later it was time to say farewell…

And just last week, I reflected and said farewell to Prizmah…

So, I wouldn’t blame you for being sick of hearing me say “good-bye” at this point.  I’m tired of saying “good-bye” and we don’t actually leave for Canada for another week and change!  But. Professional good-byes only cover so much.  Seven years is longer than anywhere I have ever lived in my life as an adult and pretty close to the longest that I have ever lived anywhere at all ever.  A chapter of life this impactful is worthy of more than a series of professional reflections and thank-you’s however heartfelt.

And to think…that a guy who hates the beach could love a salt life.

Things That Definitely Happened During These Seven Years

When we moved here seven summers ago, lots of folk asked “Why Jacksonville?”  (Just like now we are cycling through a round of “Why Ottawa?”)  Well, despite the risk of cliche, “southern hospitality” was really part of what drew us to this community – its genuine warmth and welcoming nature.  So warm and so welcome, in fact, that we were quite convinced when we first arrived with muffins delivered and wagons welcomed, that perhaps we, ourselves (or really who are we kidding, me) weren’t nice enough to live here. In the same ways that I found my work environment as nurturing and supportive as any I have ever worked in, I would say that we found our overlapping work, school, shul, and Jewish communities all that and an authentic biscuit.  All four of us leave Jacksonville with treasured friends for life.

Las Vegas is a community where (almost) no one is from; Jacksonville is community where (virtually) everyone is from.  We learned in Las Vegas the power of opening up our homes to build community – as teachable moments, for professional networking, to enrich our children, to make a life – and kicked it up a few notches in Jacksonville.  As our annual holiday celebrations grew and grew each year, no guest felt more grateful than Jaimee and I did as hosts. We hope to continue to pay forward the warm welcomes of prior homes in our next chapter.

How blessed am I.

I have no idea how someone can work full time while seemingly being a full-time wife and mother at the same time, but somehow Jaimee manages.  Her organizationals skills are epic and well-documented.  Her cooking skills have evolved past recognition from box-and-boil to multi-course-from-scratch delicacies.  Late-night meetings became biweekly business trips, but somehow everyone got where they were supposed to be.  She’s an amazing educator in her own right, influencing me professionally more than she knows, my closer, my partner, and my bestie.  For the last 18 years, we’ve taken many leaps of faith from job to job and from community to community, but always together.

What happened in Vegas definitely didn’t stay there; what happened in Jacksonville won’t stay there as well.  We will remain connected to the people and places who continue to shape and contribute to our lives as we look forward to all the new experiences awaiting us in Ottawa.  Follow our story on social media if you like, as we will surely follow yours.

We’ll always have flip-flops in January.  #SaltLife Out.