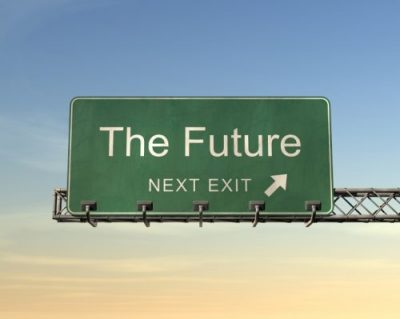 As I linger one last time in Innovation Alley, permit me the opportunity to bookend this blog post with a few, brief personal thoughts…

What a blessing these last four crazy years of professional life has been for me!  Truly.  From a headship I treasured at the Martin J. Gottlieb Day School, to an executive directorship I was just figuring out at the Schechter Day School Network, into a vice presidentship I never anticipated here at Prizmah – with overlapping timelines and characters, I feel like I’ve enjoyed an entire compressed career without a forwarding address.  It is dizzying to think about, but the feeling that best captures my attitude as I prepare (again!) to shift lanes is simply gratitude.  I am forever enriched for the experiences and relationships these last years have brought me.

“Gratitude” is also an appropriate word to describe how I feel about my year at Prizmah.  To have had a chance to dig deep in the world of innovation, if only for a year, has opened my eyes as to what is possible and has inspired me to play my part to help the possible become reality.  At the heart of things, that’s what this work is really about – helping Jewish day schools transform teaching and learning to the greater good of the Jewish People.  All the rest is commentary…

Do I wish we had accomplished more in Year One?  Yes.

It is certainly the case that the most obvious, externally-facing work we did this year was the “Playground” at Prizmah’s inaugural conference.  There were smaller successes in terms of edJEWcon (which I’ll discuss below) and there were/are a ton of internal conversations that have contributed to other of Prizmah’s work, but in terms of the larger catalyzing contributions that we described upon launch, it is perfectly fair to note that we simply didn’t get there…at least not yet.

Since sharing back in January both Prizmah’s plan to reincorporate “Innovation” back into the corpus (instead of it remaining as a distinct department) and my plan to continue my career path elsewhere once my transition responsibilities were complete, we’ve been sorting through how (some of) the distinct components of the “Innovation Department” will move the work forward in the year to come.  I am pleased to share with you how three of these components are taking shape for the year to come: Prizmah, edJEWcon, and…well…me.

The story of innovation at Prizmah will no longer be mine to tell, but I can assure you that it will continue.  In addition to the innovative work which will now weave itself into the fabric of the whole, I am hopeful that three of the current vehicles for sharing and discussing innovation will not only continue, but grow and evolve in the hands of my current (and perhaps new) colleagues moving forward.  This includes the blog you are now reading, a standing column of the same name in HaYidion, and Reshet Innovation (for Prizmah members).  I look forwarding to seeing how these vehicles are improved (or changed/replaced) with new thinking and new leadership.  Furthermore, Prizmah plans to continue advancing the powerful insights framed by edJEWcon – notably the approach to active capturing, documenting, reflecting and sharing around use of technologies and innovation.  Finally, it is my hope and expectation that entirely new innovative ideas and opportunities for uplifting the field will come from the work Prizmah will share, launch, link, catalyze and support in the years to come.

As you likely gathered from the last paragraph, edJEWcon itself will no longer continue as a branded program of Prizmah.  We are pleased that the work of edJEWcon has made a positive impact on Prizmah and will live on not only as described above, but also in the person of edJEWcon co-founder Andrea Hernandez who continues on as part of Prizmah’s team with “innovation” part of her ongoing portfolio.  This does not mean the end of edJEWcon!  As has been the case (more times than we could have guessed!) in the past, we (Andrea, co-founder Silvia Tolisano and I) will revisit edJEWcon’s value proposition with funders and the field and look forward to sharing our thoughts on edJEWcon’s future contributions to thought leadership, social media, and work in the field on its website soon.  We look forward to active collaboration with Prizmah when possible in future endeavors.

As for me, I am preparing to take all that I have learned these last three years and apply it to my return to the headship as the incoming Head of the Ottawa Jewish Community School.  I don’t know how “innovative” I’ll be on Day One, but you can continue to follow my journey on my website or on social media.

As it says in the Mishnah: “Lo alecha ha’mlacha legmor…” – “It is not incumbent on you to finish the work, neither are you free to exempt yourself from it.”  (Mishnah: Avot, 2.16)  It has been an honor and a career highlight to have had the chance to help birth Prizmah and be part of its first year of life.  I look forward to watching it grow and succeed with, perhaps, a few more degrees of separation, but no less pride and joy.