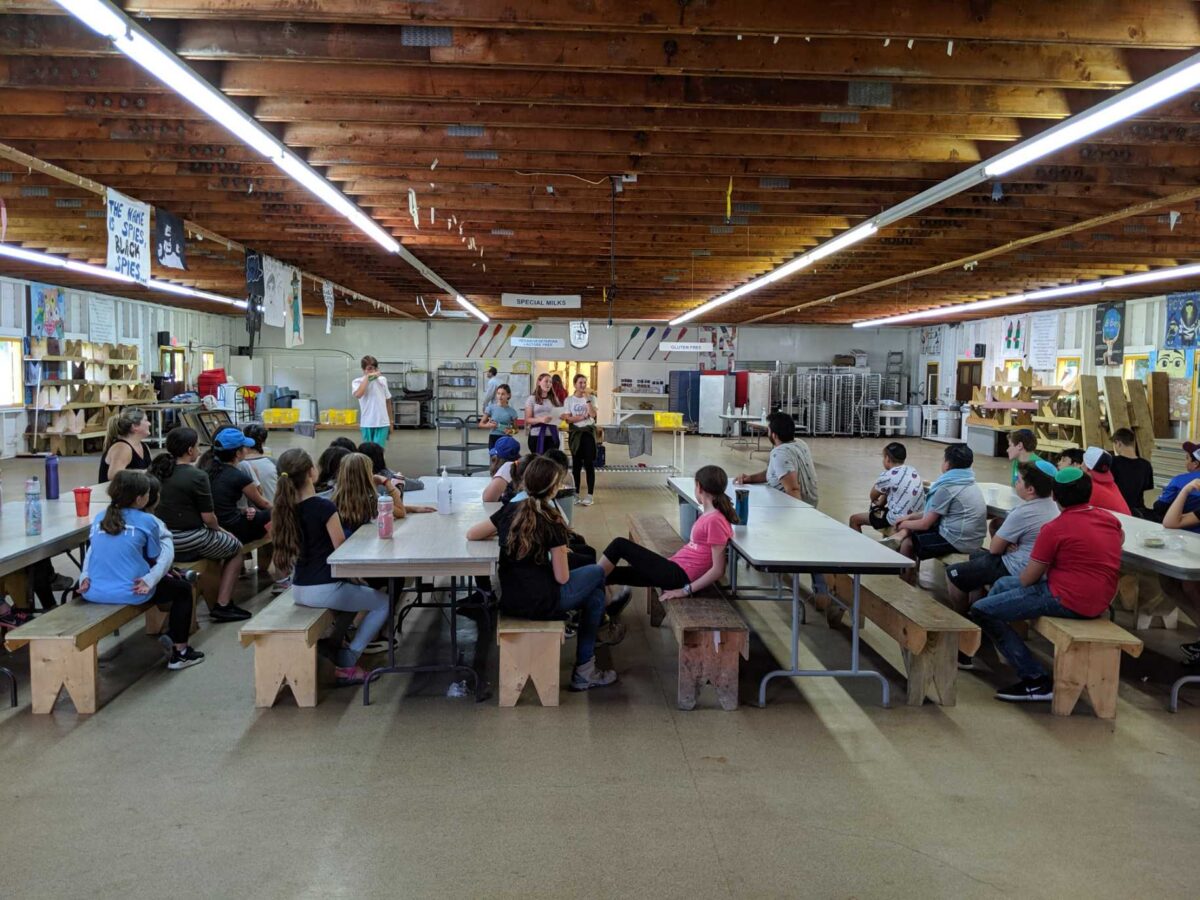 [NOTE: I will be in the States next Sunday-Wednesday attending my first Fall Retreat as a rabbinic student at the Academy for Jewish Religion.  I was asked to share a brief iyun about Birkat Ha’Mazon.  You will find it below.  It is not intended to describe what is or is not true for the children and families at OJCS; rather it is a larger observation about what I do believe is true for many children and families in the larger Jewish world.]

I’m not sure by what age I realized that all the “whoop-dee-doo”s and “sour cream”s were not officially part of the liturgy, but it was definitely older than it ought to be.

Like a lot of folk, my introduction to Birkat Ha’Mazon came at Camp (for me it was UAHC Camp Swig, of blessed memory) and what was missing by way of almost any sense of where this complex and important recitation of blessings after meals actually came from, or what it was intended to do, was made up for by way of ruach.  In fact, I’d say there was an inverse relationship between the attention paid towards singing Birkat Ha’Mazon as a community-building song of ruach and the attention paid towards a religious understanding of why we take the time after eating to thank God in a very specific way for the meal we just ate.

And I don’t think this is unique to me.  After about 25 years in Jewish Education, where I have worked from camps to congregations to Israel experiences to day schools – all in either Community or Conservative contexts – I feel pretty confident that the majority of children in our camps, schools, and congregations if they encounter Birkat Ha’Mazon at all, will experience it as a song with lots of changes in melody/tempo (depending on how many parts they include), lots of elaborate hand-motions, clapping and table-banging, and plenty of creative inserts, mostly innocent, occasionally not so much.  And what is true for Birkat Ha’Mazon, I believe is likely true for tefillah in general.  And so instead of zooming in on the particular brachot of Birkat Ha’Mazon, I want to zoom out and ask the broader question of what does it mean when our blessings and prayers are (only) experienced as songs (and largely songs without [Hebrew] comprehension).

What is gained and what is lost?

Clearly what is lost is understanding, at least more than just in the broadest sense.  I assume most children know that Birkat Ha’Mazon is our way of thanking God for the food we just ate.  I assume most (including adults) don’t know its Biblical source, its Rabbinic formulation, its specific blessings and themes, etc., and most don’t wrestle with either its theological implications (Do we believe in a world without the needy?) or its modern-day relevencies (What do we really know about the means of production?).  What is gained if done with any regularity, I would argue, is not just ruach, but an implicit sense of ritual and structure that is largely inoperative for many of our children (and families) outside the context.  They may not conceive of singing Birkat Ha’Mazon as fulfilling halakhah, but that doesn’t mean it isn’t true.

Where does that leave those of us tasked with inspiring children and families to take on (what for most are) non-normative practices like daily brachot and tefillah?  If ruach to prayer is like the traditional placement of honey on the alef-bet, then, yes, absolutely let the sweetness and joy of communal singing be the price of admission, and don’t sweat the mild dispresect that comes as its cost.  But let’s not let that be the end either!

My takeaway from having been asked to prepare this iyun is to bring a version of it back to my school.  If our students can prepare weekly divrei torah (which they can and do), let’s see if once a month a student can prepare an iyun Birkat Ha’Mazon and by doing so, make our lunchtime tables not just a place for raucous singing, but also a place for meaning and reflection.  What might you do in your context?  Can’t wait to find out…